Grandvalira hosts the finals of the Speed skiing World Cup 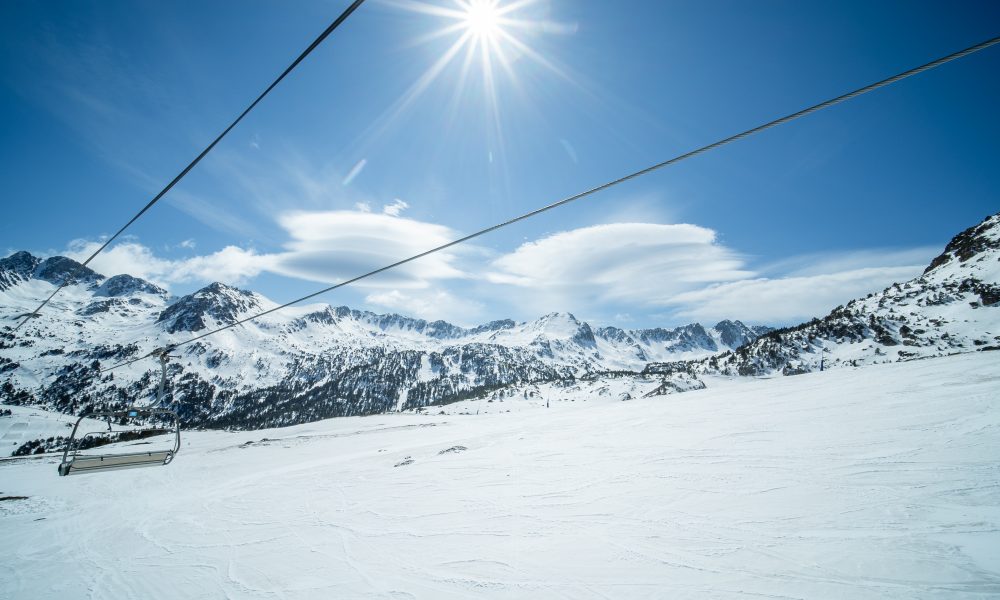 The finals of the Speed skiing World Cup will be held near Els Llacs Mountain Apartments in Grandvalira. From 31 March to 2 April, don’t miss one of the most eagerly awaited events in the Grau Roig sector of the Andorran resort.

Find out all the details here.

The Riberal piste in the Grau Roig sector

This is the only Grandvalira slope with the necessary technical characteristics to host a competition of this kind. It has a total length of 900 m, with a braking area of 450 m. The starting point is at 2,538 m. and the finishing point is at 2,238 m. It has a gradient of 200 metres, a maximum inclination of 74%, as well as a tower 10 metres high and a length of 18 metres from where the runners start. This World Cup course can reach speeds of almost 200 km/h. In fact, in 2017 the Swiss runner Philippe May broke the track record reaching 199.56 km/h.

Grandvalira has already hosted 6 World Cup events in consecutive years, as well as 2 World Championships in this discipline. It is an official event on the calendar of the International Ski Federation (FIS).

The finals of the World Cup in speed skiing

On March 31st will be a training day while on April 1st and 2nd the direct downhill (SDH) and Speed One (S1) events will take place.

You can get there by skiing from the Coma Blanca chairlift via the Menera piste from Grau Roig or from the Pas de la Casa sector via the Pista Llarga on the Font Negre chairlift.

A sport with a long history

The first speed skiing competition dates back to 1930 and took place in the resort of Saint-Moritz, in the Swiss Alps. At that time, the first winner reached 105 km/h (it was not until 1978 that 200 km/h was reached for the first time). Currently the world record stands at almost 255 km/h and dates back to 2016.

Whether you are a big fan of snow sports or you have not yet attended a big competition, this is a good opportunity to surprise you again.

Take advantage of our privileged location in Bordes de Envalira to book a ski getaway for the weekend of 31 March to 2 April. Els Llacs Mountain Apartments offer much more than other holiday flats. Fully equipped holiday homes with all the comforts where you will also enjoy a jacuzzi with views of the mountains (included in the price of the flat), the possibility of booking massages, transfer to the slopes and a welcome pack with everything you need for breakfast on the first day.

This season, experience the atmosphere of Grandvalira’s big competitions first hand. Choose the flat that best suits you and book your accommodation near the Speed Skiing World Cup finals here.